The little problem appear with times

Operation ISS have prolonged to 21 years. Tere Badly what not to 18 years L. I am going to buy ISS after end of its operation. I already have one dollar. I think we will agree on price. I so have thought while drank tea that the good economy turns out. It is not necessary to lift the cargo most part from the earth. And ISS on structure  little reminds my project of interplanetary manned station for expedition to Mars. 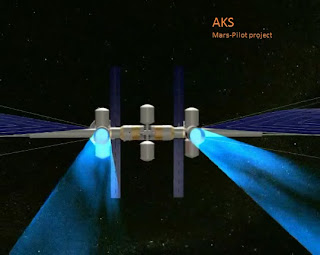 Ок, and we will make perhaps. Now still to tea a glass I will pour and I will think as it is better to make. That not to like me it the big heavy beam bearing solar batteries. It is a terrible ballast. At itself in projects I weigh a ballast I transform into an obligatory payload. For example at me beams are made in the form of the basic inhabited modules. Balk-modules. Certainly it is a lot of lacks but economy in weight which should be put into orbit it is huge plus. I will make it! After all I have 1 dollar. 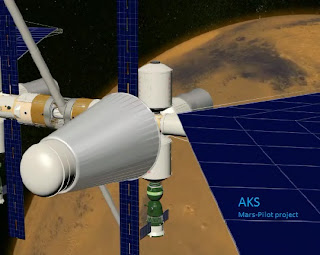 To me for this money and modules will suffice to fly on a Fobos, Daymos, Mars and further to Asteroids  Vesta and  Cerera. I want on  Vesta it is risen on top of huge mountain. :))) 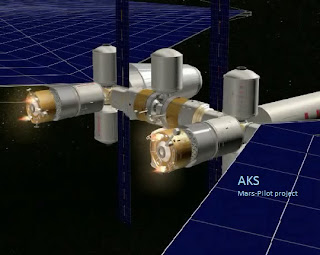